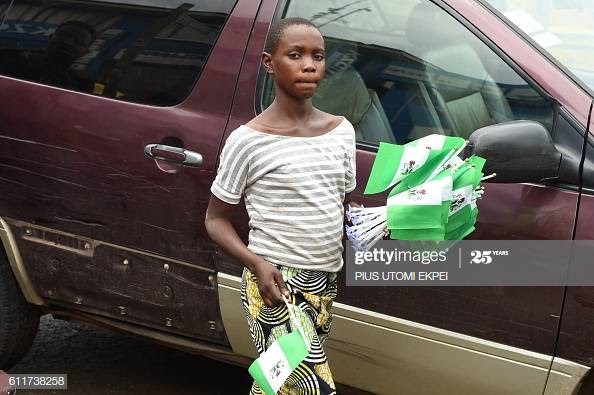 Nigeria is an oil-producing country located in sub-Saharan Africa. It is bordered by Niger Republic in the North, Lake Chad in the North-East, Cameroon in the East, Benin Republic in the West, and the Atlantic Ocean in the South. It is the most populous country in Africa with about 200 million people. Nigeria was an agricultural powerhouse before the discovery of oil in the geography, and more greatly, a predominant figure in African politics and development during the later years of the 20th century. It was regarded as the big brother of Africa.

Like many other West African countries, Nigeria gained its independence from the British colonial government peacefully. This achievement is often credited to the outspoken activists, journalists, and peacemakers in the precolonial era. Although the process of decolonization vacillated from internal tribal clashes to ill representation in governance, and the unprecedented call—at the time—for “unity in diversity”, freedom was attained on October 1, 1960.

The brooding country began with so much hope for progress and prosperity, “the prospects appeared promising and expectations for the future of the country were high” (Falola and Heathon, 2008). Its label as the big brother of Africa was imbued due to its actions in the African international community; even during the Biafran civil war (1967-1970), Nigeria did not lose its status as one of the forerunners of development. Unfortunately, the label is now merely an honour of the past that is unlikely to return. Only a reciprocal of the proposed expectations have materialized.

From the late 70s, each passing of October 1, if properly evaluated only shows accumulated strife and despondence. Each year the country gains are characterized by poverty, disunity, tribalism, poor leadership; nothing good comes thereof.

Pius Ekepei photographed the above image on the day of Nigeria’s 56th independence. This adds a striking definition to it. A young girl is hawking miniature versions of the Nigerian flag to make ends meet. In the background, there is a dusty dented car parked on the side of a street which, most likely, tells that the girl meanders along busy traffic looking for potential customers. She is on move and has only glanced momentarily at the photographer for a candid shot. It is evident that the photographer tries to capture a portrait of her moving, excluding other objects out of the frame in the busy metropolis of Lagos state.

It is probable that there are more child and adult hawkers outside the frame in competition with each other; running after moving vehicles to sell their goods, striving to be the fastest to their buyers. Although absent, the subject of the image acts as an embodiment of all the others.

The green stripes on the Nigerian flag—designed by Taiwo Akinkunmi—stands for natural wealth and abundance, while the white in the middle represents peace. The flag was designed in 1959; it is a symbolic article of the country’s foreshadowed progress as a political masthead and leader and messenger to all other struggling countries that prosperity and freedom are attainable. The connotations of the flag do not correlate with the present social climate of Nigeria. In an ironic sense, the girl’s condition is a far cry from what it stands for.

Amidst felicities of the 56th year of existence, the picture clearly depicts the condition of many Nigerians—the contrast that lingers between the upper and lower class. This is the fettle that most pass through, they live on a daily income. During this period Nigeria struggled to wriggle out of a recession that had rendered many of its citizens impoverished. This condition has worsened in the latter years.

Out of the 736 million people that live in extreme poverty, “half live in just five countries: India, Nigeria, Democratic Republic of Congo, Ethiopia, and Bangladesh” (World Bank, 2020). These countries have a high number of low-income earners (LCIs). However, Nigeria recently surpassed India as the poverty capital of the world. Out of 200 million nationals, 48% are living below the poverty mark of $1.90. Regrettably, there seems to be no hope in sight. The immense nature of the country’s population boom, the disturbing quality of leaders, lack of proper educational facilities, and a major prediction that says Nigeria will retain its poverty status by 2030 deprives it of making a comeback.

The image gives more insight into the failing system that Nigeria subjects Nigerians to. Here is a girl who is expected to be receiving an adequate education but instead is suppressed by the system to sell Nigerian flags in the busy traffic. She looks exhausted, clamouring to get a bit of rest, at the very least. Her eyes speak in high volumes; it looks like the survival mantra of most impoverished citizens, the travails she has been subjected to, and the challenges that are yet to come.