A Journey Into Reality: A Review of Michaela Coel’s “I May Destroy You” 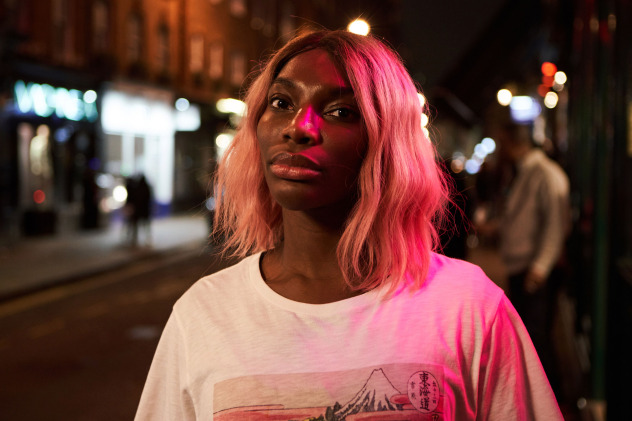 The day I watched the first episode of I May Destroy You, I did not watch it until after a week. I re-entered reality, too shocked to believe its content.

“How could something feel so raw,” I asked again eager to find an answer. I was awestruck by how open the first episode felt. Michaela Coel, the movie’s creator, meant business. Was that the Coel I watched in Chewing Gum? Coel who is deservedly on the Time’s list of 100 most influential people for 2020? Coel, the brilliant actor, who transitions seamlessly in the roles she embodies. I have more questions than answers.

I eventually finished the movie. The comedy interspersed within its deep scenes helped me wade through. Coel must have anticipated this, and she struck the perfect balance between its rawness and playfulness.

But it mostly felt like a journey because of its theme: Sexual assault.

I May Destroy You, set in Britain and Italy, is a drama about the rape of a writer named Arabella Essiedu. When she returns from Italy, Arabella takes a break from completing her draft for a book. She follows her friends to a bar. In the bar, someone spikes her drink, takes her to a squalid bathroom and rapes her.

In the following events, Arabella comes to terms with her rape; the feelings and the healing process through the community, social media, friendship and revenge. We see in her the compulsion to erase her experience by downplaying her rape. She shuts herself up because she feels some people have it worse than her. She tells herself that the world’s suffering cancels her pursuit for justice. We see the consequences of that unfortunate day: she repeatedly has hallucinations of a white man, looming over her, humping into her.

The movie also shows that rape can happen even though one consents to sex. One night, Zain, a writer assigned to help Arabella finish her book removes the condom without Arabella’s consent (stealthing) while they have sex. Arabella only realises that she was raped after listening to a podcast stating that stealthing was rape in itself.

These incidents triggered her to find solace in her friends Terry and Kwame, her therapist, social media, and a group who gathered every week to share their sexual assault experiences.

However, the drama has a vague ending. Arabella envisions three scenarios where she meets her rapist. In all scenarios, she regains control, which to me, is the best form of justice a sexual assault victim can ever have. In the first, she kills him and stuffs his body under her bed. For the second, she empathises with him, takes him to her apartment but lets the police arrest him. In the third, she forgives him before they go to her apartment. She has sex with him. The next morning, they are awake laying on the bed. The rapist stares lovingly at Arabella. She whispers, “go”, and the rapist with his dead body under her bed leaves.

Coel, through the movie, tells us how she dealt with her trauma. Perhaps this was why it felt close to my reality. Michaela Coel through Arabella mirrors the fettle of rape victims, how neglected they are, how society blames them for what happened to them. I see in her a thousand souls who have had to put up with their abuse and abusers — myself included.

I May Destroy You evokes a river of feelings I am yet to grasp. Coel dances with her reality and chucks it in our faces.

She transforms the events of a part of her life into one big wave. An infinite wave moving, engulfing everything in its way. You cannot outrun it.

Throughout the series, I found myself swimming with it. Even I began to recall my experiences. To ask why things like these are real? Why can’t they be a figment of our imagination? What makes abuse thrive? Why must it have its apologists? It came like a trailer flashing its headlights at me, disillusioning me all over again. And at the end of the series after watching how Arabella tells her rapist, “go”, I wondered if it were that simple. If I told the man who molested me nine years ago or the course mate who sexually harassed me a year ago to “go” in the same manner, would they leave?

I will not watch this show again as I do to all my favourites. I do not want to relive it. But I will remember it for a very long time.