World Citizen is a hypothetical humanitarian organisation with a vision to help people and provide them with needed supplies. One of their goals is to help people anywhere in the continent donate clothes to those who need them.

The global annual consumption of textiles per person has increased from 7 to 13kgs per person in the last two decades, reaching a total of 100 million tonnes, out of which two-thirds end up in landfills. Our solution aims to persuade people to donate their old clothes rather than disposing them.

To make donating clothes cool and trendy, the app targets users from any demographic.

As a design intern for Zuri X Ingressive4good’s Internship program, this was an individual project assigned to each intern. As a result, I carried out the generalist role of a UX designer.

I conducted the user research, analysed the data, ideated solutions, came up with the visual design, and conducted a usability test.

I had three weeks to complete the project. This, amongst other things, was the major constraint I faced. While three weeks may look like enough time, I had to consider the complexity of each task to ensure that I had accurate data.

The main research objectives of World Citizen were to discover:

How people handle their old clothes.

The factors people consider when donating their old clothes.

The current frustrations or pain points they face when donating their old clothes?

I made use of the design thinking process. It is one of the most popular and effective processes in design. It was progressive and iterative at the same time. It began with the Empathise stage and progressed to the Testing stage.

Empathising With the Users

I set out to interview five participants. The data I gathered from this method of research is qualitative. It was descriptive enough to answer the questions derived from the research objectives.

I found that participants see donating clothes as a duty but hardly donate to charities because they are inaccessible. Asides from this, some participants fear donating to unknown people for religious reasons.

To analyse data gathered from the empathise stage, I organised interview notes into an empathy map.

With this data, I created two personas. They served as a summary of my potential users. From this point onwards, my research focused on what Gabriel and Priscilla would love to see.

For this stage, I took each pain point, one after the other and asked: How might we solve this issue? The ideas showed that World Citizen would need three actors to keep the app running. The actors are the donors, the admin (middlemen) and the charities/organisations. I sorted the ideas using an impact-complexity matrix. The ideas in the “high value/low effort” quadrant were given more priority than the rest.

For World Citizen, ideas in this quadrant are more viable because they add more value to the organisation and require low effort to implement.

As a result, I came up with 10 WOW features, otherwise known as solutions. The wow features are:

For each wow feature I generated a user flow and user journey map. I created digital sketches of each flow. I converted these sketches to low and high fidelity prototypes.

These deliverables helped to determine the main navigation and interactions of the app. The prototype stage was by far the most difficult. I found myself going back and forth between the prototypes and the sketches, trying to perfect the solutions. The process became iterative, and I found out that I needed to modify some of my decisions in previous stages.

The outcome for the prototype stage was the high-fidelity prototype.

My primary colour is green. Green stands for life, energy, nature and harmony. The dark shade of green makes the design stand out.

The main task users should be able to perform on the product is to donate clothes.

However, how the users make the donations matter. These are what my solutions (WOW features) addressed.

You can call this killing three birds with one stone. I found that solutions geared towards solving the users financial problems also apply to solving the problem of unfair delivery prices.

Problem: Fear of donating clothes to unknown people and organisations

Problem: Excessive time is taken for donations to get to beneficiaries.

After creating prototypes, I conducted an unmoderated usability test on the prototype with ten potential users. I did this to gain feedback from potential users and see if they found my solutions effective and easy to use.

Outcomes & Lessons: What Happens in the End?

Overall, improving the donation experience for a wide variety of users has led me to understand that most users see donating clothes as a duty. However, a gap exists between donors and organisations. World Citizen attempts to bridge the gap, to make donating clothes trendy, cool and easy for everyone.

My Writing Life is in Shambles, and I am not Worried… 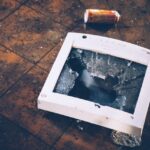 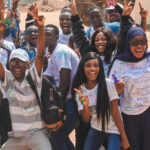